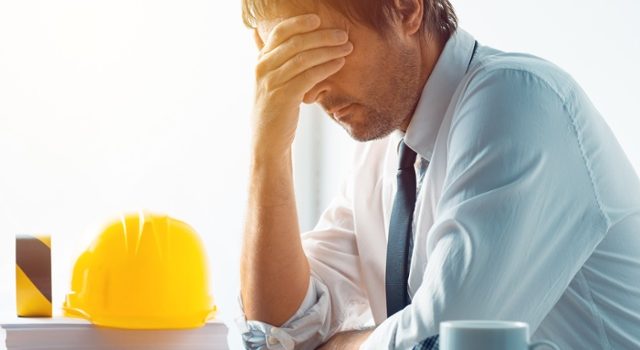 The benefits of light steel framing / cold-formed steel design software are endless. Cold-formed steel software not only opens up design possibilities and serves as a protection of liability, but it also aids in eliminating construction errors. Eradicating on-site mistakes is crucial to meeting deadlines, staying on budget, and to the overall success of every project. Just one simple construction mistake can snowball into a colossal error that causes expensive delays and might even require a portion of the project to be torn out and reconstructed. The output generated by the cold-formed steel programs, SteelSmart® System and SteelSmart® Framer, act as a guide for the contractor. These programs will entirely eliminate guess-work and the need to interpret a designer’s intentions. With SteelSmart® System and SteelSmart® Framer paired together to create the SteelSmart® Design Suite, the smartest way to eliminate construction errors is right at your fingertips.

Say “Bye Bye” To All Those RFIs

Time is money. We can all agree that contractors spend a considerable amount of time across the course of their career generating, sending and waiting on responses to RFIs. Then, the project designers spend valuable billable hours responding to RFIs to make their design intentions clear. Since many times RFIs are created because certain information was not included in the original construction contract, the contractor relies on these RFI responses to fill any gaps. This is where a cold-formed steel design program like SteelSmart® System will save time, money, and stress. Yes, I said stress. We all know that RFIs are often missing information, mismanaged or used incorrectly by many of the project’s team members. That all adds up to unnecessary stress, and let’s be honest… we can all use a little less stress in our lives. SteelSmart® System delivers a stress-free tool, as it designs every single stud, clip, and even screw for each wall and floor section of the structure. With SteelSmart® System’s meticulous output reports and detailed drawings, the software maintains that the designer’s intentions are clear, and that means less RFIs. 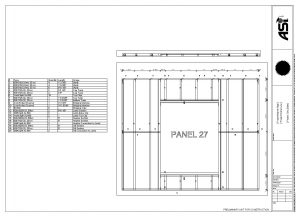 SteelSmart® System can quickly facilitate precise drawings through exportation of the layouts and details to CAD/DXF, while its 3D Revit® plugin, SteelSmart® Framer, takes material ordering to a whole new level. SteelSmart® Design Suite, which encompasses both programs, makes ordering a piece of cake for the contractor! The output provides the contractor with exact quantities and lengths for all light steel framing materials and delivers a complete material take-off for the whole structure. It gets better… if the project is panelized; panel drawings with a complete panel material list can also be exported. Clear and precise material lists that streamline ordering will consistently eliminate many errors in the field.

The smartest way to eliminate construction errors is to resolve conditions before they become a problem in the field. Plain and simple, construction errors cost money and errors can destroy a project’s budget. To aid in eliminating construction errors, SteelSmart® System encompasses seven design modules to simplify the design process; curtain wall, load bearing wall, shear wall, floor, roof, and truss framing, and short wall design. Plus, the advanced version of SteelSmart® System has a Lateral Load Generator/Distributor tool which uses the dimensions and load specification for a building and calculates the total lateral wind and seismic loads according to ASCE 7 Standard “Minimum Design Loads for Buildings and Other Structures”. SteelSmart® Framer also offers an increased opportunity to identify problematic areas on the project in the design phase, this program allows the designer to see the project designed within SteelSmart® System in 3D BIM model representation. This provides the designer with a clearer picture of the whole project, so any design gaps can clearly and easily be addressed. The SteelSmart® Design Suite delivers a comprehensive cold-formed steel software design package that puts the breaks on construction errors before they start.

RFIs are a crucial clarification tool generated on most projects; and while RFIs are vital to thoroughly understand the designer’s intentions, they also take a considerable amount of time to generate, answer and interpret. Countless RFIs on a job can be greatly reduced, possibly even eliminated, with SteelSmart® Design Suite. Additionally, since a plethora of project and material information is generated by both SteelSmart® System and SteelSmart® Framer, ordering is more streamlined and the risk for construction errors declines dramatically. Don’t kill your project’s budget because of construction errors that easily could have been eradicated during the design stage; cold-formed steel design software packages like SteelSmart® Design Suite is the smart choice to protect the budget and eliminate costly construction errors.

Authored by: Kristy Andrews
Kristy is an ECU Communications Major & a Technical Marketing Coordinator at The Steel Network. Kristy has been employed with TSN for almost 19 years, and has supported SteelSmart® System during much of her time with the company.